Join the Elite in October 2022

The Del Mar Country Club Golf Tournament and Dinner Gala in support of Special Operations Forces and their fellow warriors will take place on October 1, 2022 in Southern California. Join SOF Support and the Del Mar Country club as we host an exceptional group of Americans for a competitive day on the links in Rancho Santa Fe, California. Following the tournament, the Silent Auction and Dinner Gala offers an opportunity to network with celebrities, sports figures, business leaders, and some of the most renowned figures in the Special Operations community.
In 2021, the event raised over $1.6 million. In 2022, we are treating our most committed donors to exclusive SOF experiences, including an opportunity to train with former SOF Operators. For more information about our exclusive donor experiences, visit the Sponsorship Opportunities page.

Michèle Flournoy is Co-Founder and Managing Partner
of WestExec Advisors, and a Co-Founder, former Chief
Executive Officer, and now Chair of the Center for a
New American Security (CNAS).

Michèle served as the Under Secretary of Defense
for Policy from February 2009 to February 2012. She
was the principal advisor to the Secretary of Defense
in the formulation of national security and defense
policy, oversight of military plans and operations, and
in National Security Council deliberations. She led the
development of defense strategy and represented the
Department in dozens of foreign engagements, in the
media and before Congress.

Prior to confirmation, Michèle co-led President
Obama’s transition team at the Defense Department.

In January 2007, Michèle co-founded CNAS, a
bipartisan think tank dedicated to developing strong,
pragmatic, and principled national security policies.
She served as CNAS’ President until 2009 and returned
as CEO in 2014. In 2017, she co-founded WestExec
Advisors, a strategic advisory firm.

Previously, she was senior advisor at the Center for
Strategic and International Studies for several years
and, prior to that, a distinguished research professor
at the Institute for National Strategic Studies at the
National Defense University (NDU).

Michèle is the recipient of numerous honors and
awards, including: the NDIA Eisenhower Award
(2021), the American Red Cross Exceptional Service
Award (2016); the Department of Defense Medal
for Distinguished Public Service (1998, 2011, 2012);
the Chairman of the Joint Chiefs of Staff’s Joint
Distinguished Civilian Service Award (2000, 2012); the
Secretary of Defense Medal for Outstanding Public
Service (1996); and CARE’s Global Peace, Development
and Security Award (2019) She has edited several
books and authored dozens of reports and articles on
a broad range of defense and national security issues.,
and appears frequently in national and international
media and is frequently quoted in top tier newspapers.

Michèle serves on the boards of CNAS, Booz Allen
Hamilton, Astra, Amida Technology Solutions,
America’s Frontier Fund, The Gates Global Policy
Center, The Mission Continues, The War Horse, and
CARE. She serves on the advisory boards of The
Leadership Council for Women in National Security,
Special Competitive Studies Project, Sesame Workshop,
Intel, RAND Corporation and PIMCO. She is a Senior
Fellow at Harvard’s Belfer Center for Science and
International Affairs, a Distinguished Profession of the
Practice at Georgia Tech’s Nunn School of International
Affairs, a current member of the Council on Foreign
Relations and the Aspen Strategy Group, a current
member of the Defense Policy Board, and a former
member of the President’s Intelligence Advisory Board
the CIA Director’s External Advisory Board.

Michèle earned a bachelor’s degree in social studies
from Harvard University and a master’s degree in
international relations from Balliol College, Oxford
University, where she was a Newton-Tatum scholar.

The Del Mar Golf Tournament and Dinner Gala is the flagship fundraiser organized by SOF Support, a Virginia-based non-profit organization that gives Special Operations Forces and their families the support they need to effectively carry out their operations, keep their families intact, and lead healthy and productive lives after they have left our nation’s service. 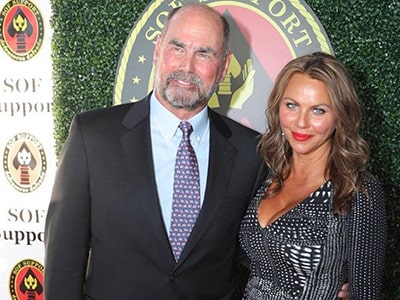 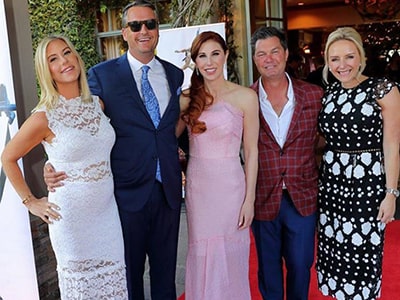 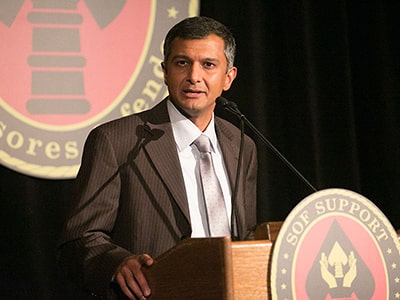 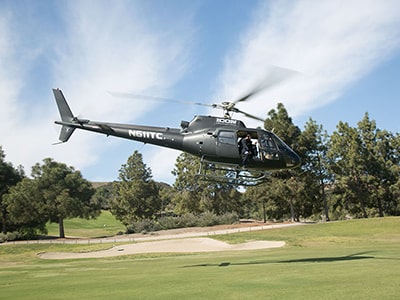 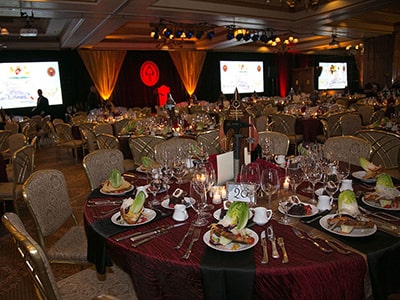 The Del Mar Golf Tournament and Diner Gala would not be possible without the generous help of our sponsors. For more information about the various sponsorship levels available at the 2022 event, please visit the Sponsorship Opportunities page.